My December 23rds in the last 30 years were trivial. I made myself believe they were for the longest time until this particular writing challenge made me remember that one ill-fated December 23rd I tried to forget.

When I was 11-years old, that particular December 23rd was supposed to be just another day to play with cousins, preparing Christmas presents and enjoying the sparklers. But I can’t remember why on that day I was left in the house with only my too old grandparents and an “uncle”. That “uncle” was a distant relative and, same as me, a visitor in the house; he is a cousin of the husband of my biological aunt. Out of respect, I call him “uncle”.

I can clearly remember, I was sitting on a bench and was thoroughly absorbed in reading “Windmill of the Gods” by Sidney Sheldon when suddenly I felt a warm palm on my back. It was running in circles and that time I felt it was meant to comfort. As a mind that befits a child, I had not thought of it as something bad or explicit. But when the hand suddenly rested on my right shoulder and crept to find the upper corner of my chest, I jerked. I totally knew where the hand will go next. My heart beat so fast that it could choke me up my throat. I quickly stood up, collected my book and walked hastily without turning to see the person who owned the hand. I knew it was “uncle”.

I went to look for my grandmother. I found her but I said nothing of the incident. I stayed with her all throughout. Fear was eating me. I feared for something I don’t know, something I can’t explain. All I knew was that he “crossed the line”. ” He was supposed to be someone I looked up to and respect, an “uncle” at that. Why would he do that…”, that question rang in my head over and over. Back then, what do I know?

At night time, I used to find bright lights so I can continue reading my book, but I chose to sit beside my grandmother even around dim lights. I remember, “uncle” would approach me and comment that my eyesight could be impaired while reading in dim lights. I just answered him, “I’m fine “, without looking at him; my head stooped down and eyes still glued on my book. I feared that if I looked at him, I’d see a monster. He really is a monster.

When it’s time to sleep, I am not sleeping; my ears were so attentive to distinguish creaking sound of doors from the ticking of the big wall clock. I was always wide awake and ready for anything, thinking that “uncle” might barge in my room and do something bad. I would just sometimes shut my eyes and pray that when I open them, I am home safely beside my mother. But it was not happening; I cried but my tears won’t fall. I was in delirium. I would just fold my legs so my chin rests on my knees and hug them so they would stop shaking. That was my fear translating physically.

When I went home a week after, I thanked God it was over. But I was already traumatized. Scarred. Sometimes, I would look out the window with so much fear and imagine “uncle” would visit me at home. I kept asking myself over and over without knowing the answer, ” What do I do? What do I do?“. The monster chasing me in my nightmares.

Today, I really feel for the sexually harassed and abused children, more so young women. Some may have experienced what I’ve been through or worse. I was just thankful that my December 23rd was already the worst and I swear the last that I could ever experience. It opened my eyes to the reality that children, particularly young girls, are so prone of being victimized of such violence even in the comfort of their own homes and even around people they knew and respect. Their innocence is the ticket to this very eminent danger.

I have WordPress to thank for making me visit down memory lane and share my story for the world to know and be aware. As a mother of an only daughter, I caution all mothers around the world to please look out for their daughters. And they might just save a life and a future

WEEKLY WRITING CHALLENGE: GHOST OF MY DECEMBER 23RD PAST

One thought on “WEEKLY WRITING CHALLENGE: GHOST OF MY DECEMBER 23RD PAST”

I so love to hear from you! :-) Cancel reply

I am loving the way I'm living my life. All I have is a grateful heart each morning I wake up, push my limits today and continue to discover things I've never done the day before.

Having said that, this blog is all about my fun and misadventures, my myriad interests, and all the things I still hope to become. I have infinite passion for life; to live well, to love much, and to laugh often is how I want to discover the purpose of my existence.

So, expect to read anything under the sun! FEATHERS TO MY LITTLE CAP 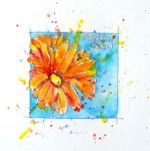